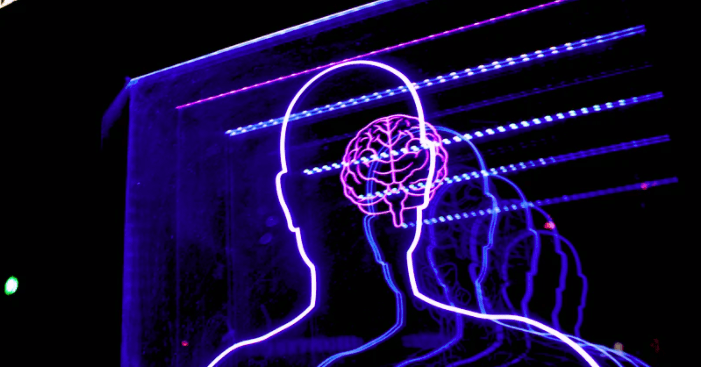 Take a trip: it’s for your mental health

BY: AUTUMN HYATT
IN: HEALTH, HEALTH AND RECREATION

Disclaimer: Sources contributing to this story are editors at the Scribe. The views and opinions expressed by Flannery and Webb are their own and not reflective of the position of the Scribe as an organization.

“The next morning, it was the first time I did not have my nervous system freaking out,” said Brandon Flanery, a senior at UCCS majoring in English secondary education, after his first-time micro-dosing psilocybin mushrooms (shrooms), a psychedelic drug, to treat his anxiety.

There are many prescription drugs available to treat a variety of mental health disorders, and with the findings from current studies, psychedelics may soon be included in these lists. They have been clinically proven to significantly decrease depression, anxiety, PTSD and other symptoms from mental health disorders while improving mood, openness, creativity, self-efficacy and energy.

Though psychedelics have been used for thousands of years, medical studies on their potential positive impacts only began in the 1940s, according to Timeline. The “war on drugs” unfortunately slowed down this research until recently, in the early 2000s, when scientists and doctors began to revisit their research on psychedelics, including LSD — a hallucinogenic synthetically made from the acid in ergot, a type of fungus — and shrooms, according to Psychedelic Science.

When scanning the brains of those under the influence of shrooms, brain activity takes place in areas that normally are not connected, reported LiveScience. One study found that shrooms stimulated neurogenesis, allowing repair and growth to take place in the hippocampus — the area responsible for emotion and memory — according to NYU Langone Health.

According to the U.S. National Library of Medicine, studies using LSD produced a “blissful state … and positively experienced derealization and depersonalization.” LSD and shrooms both produced positive long-term effects on personality and mood.

LSD and shrooms are not chemically addictive, meaning our bodies do not become dependent on the drug, as stated by the U.S. National Library of Medicine. These psychedelics can even help people with substance abuse overcome addiction.

One study found that those who struggled with alcoholism benefited from micro-dosing or experiencing a controlled “trip” — 75 to 200 micrograms of LSD — with over half of those who implemented psychedelics reporting no or significantly less alcohol abuse up to six months later, according to Time Magazine.

Another study reported on by the U.S. National Library of Medicine showed that after using shrooms, terminally ill cancer patients’ quality of life improved, they had better relationships with the people around them, they wanted to participate in more external activities and they experienced less psychological distress.

Joy Webb, a senior majoring in philosophy and English, micro-dosed with shrooms when coming off her anti-anxiety and anti-depressant medications. “It felt like it gave me an increased energy, clear head, an openness and made me feel good,” she said.

Webb has also experimented with larger doses of shrooms, and she described it as an important transformational period for her, especially for her mental health. “It was surreal, special and pivotal to my being.” She said it helped her heal from depression and PTSD, and she claimed it helped her cope with anxiety and allowed her to understand, accept and love herself.

As with most drugs, prescription or otherwise, LSD and shrooms can produce negative side effects. The most generally feared side effect is experiencing a “bad trip” which is a frightening or anxiety-inducing state, or the experience of flashbacks, in response to substances. This can be potentially damaging to the mental state of those who experience it.

However, according to the U.S. National Library of Medicine, in current medical studies performed in controlled environments, no participants have experienced severe anxiety, fear or severe adverse reactions as a side effect. This is more common when psychedelics are used recreationally, in settings where users are more likely to feel unsafe or uncomfortable.

Both Flanery and Webb emphasize the importance of being in a good place, both mentally and physically, before using psychedelics. Flanery combines micro-dosing with counseling and claims that method has been effective for him. “I would not recommend shrooms to people who are not doing the cognitive work of healing trauma in the mind,” he said.

I know from experience that many medications prescribed for mental health disorders are chemically addictive and can produce an array of severe, negative side effects. Unfortunately, natural, nonaddictive and arguably safer alternatives such as the psychedelics discussed in this article are not yet widely available or legal in the U.S.

There are some legal ways to pursue a psychedelic experience. Joining a clinical trial is one option, and you can find ongoing trials at clinicaltrials.gov. There are also some churches in the U.S. that can legally use psychedelic substances as religious sacraments, so joining one of these churches is another option.

That being said, I do not encourage or endorse these activities, and neither does the Scribe.

Hopefully some day in the near future, people can enjoy the benefits of these psychedelic drugs without worrying about being fined or arrested in the process.